The glossary below clarifies some abbreviations and terms you might come across while getting familiar with digital TV technology or business (e.g. DVB, OTT, VOD, HbbTV, Smart TV; see below). Hopefully, you'll find this glossary beneficial!

Application Programming Interface; set of rules that enables third parties to obtain and change information or data of the service. When making a digital TV or any service, some APIs (e.g. to CRM) usually need to exist to be able to communicate between different systems.

Conditional Access Module; device that enables watching scrambled (purchased) services, CAM has a slot for a smart card. The module is inserted into the PC Card slot of a TV or an STB.

Feature that enables end-user to watch e.g. previous episodes of a series (via IP).

Consent Management Platform; a system or process for allowing customers to determine what personal data they are willing to share with a broadcaster or operator (related to GDPR). E.g., end-user must comply with certain minimal policies to gain the right to use an application.

Content Management System; assists with storage and organization and makes it possible to share e.g. video assets on different platforms.

Client-Side Ad Insertion; inserting (or stitching) the ad media at client side by making a call to an ad server at ad breaks. Enables highly personalized ads but is heavy for the server and susceptible to ad blockers.

Central Service List Registry; a service list collection, combining all the available service lists in a single repository. Service lists are required by all devices implementing the DVB-I, like smartphones, tablets, PC's, TV's or STB's to access any service. These service lists may be operated by, or on behalf of, various kinds of organizations, such as the manufacturer of the device, a national or regional regulator, or an operator or platform brand serving only their own clients.

Cascading Style Sheets; describes the presentation of an HTML document.

Connected TV; any television set used to stream video over the internet.

Digital Rights Management; controls the use and distribution of copyrighted works, commonly used systems in the area of video are e.g. PlayReady, Marlin and Widevine.

Direct-to-home; can either refer to the communications satellites themselves that deliver service or the actual television service.

Digital Video Broadcasting; international open standard for digital transmissions. The DVB Project (dvb.org) is the maintaining organisation. Remark: There are well over a billion DVB receivers deployed all over the world! And the number is increasing all the time… Read about modern hybrid DVB PSI/SI & EPG generator (white paper)

Free ad supported TV; A free-to-use TV channel supported only by advertisements or other kind of subsidy and/or sponsorship. Gaining in popularity and variety, usually distributed over the IP as part of other service offering. Really just a new acronym for the oldest form of linear TV service.

Free-to-air; free/clear (no cost) channels available to everyone (versus encrypted/subscribed).

General Data Protection Regulation; The European Union (EU) has enhanced individuals' control and rights over their personal data (since May 2018), this affects services where users must be identified. If e.g. a website holds user data of EU citizens (name, cookies etc.), the end-user must provide a valid consent for this purpose.

The Google TV platform is the successor of Android TV. This could also be called rebranding or renaming due to the fact that the underlying software remains the same. There are nonetheless many changes, and now the focus will be on personalized content and tailored recommendations. The most noticeable change is the new user interface, which puts content first. It is predicted that from 2022 onwards all Google-based devices will be using Google TV instead of Android TV.

Internet Protocol; the principal protocol by which data is sent from one computer to another on the Internet.

Programming language widely used in digital TV services, both in HbbTV and Smart TV. Used alongside HTML and CSS.

Multimedia and Hypermedia Experts Group; nowadays usually found in the form "MHEG-5", which refers to interactive applications on TV based on the MHEG-5 standard, used especially in the United Kingdom.

Proprietary firmware by LG Electronics that was preinstalled on their smart TVs between 2007 and 2014. Later replaced by WebOS.

Represents broadcasters and network operators in the Nordic countries and Ireland that have, e.g., agreed on common minimum decoder requirements. A few other countries have also based their STB requirements on this specification.

Over-the-air; delivery of new software, firmware, to TV or STB via broadcast.

Over-the-top; a platform or application to provide a set of TV and video services (VOD, start-over etc.) over IP, also to “companion screens” (tablets, mobile phones). Read about OTT extension

Personal Video Recorder; a type of STB that allows recording of TV programs. Presence of scheduled EPG data is essential with this.

Society of Cable and Telecommunications Engineers; non-profit professional association for the advancement of technology, standards and workforce education related to cable telecommunications engineering. "SCTE-35 markers" indicate where downstream systems can insert other content (usually advertisements or local programs). SCTE-104 is used in the head-end side, SCTE-35 in the transmitted signal. See also TA/DVB-TA

Standard Definition (Television); screen resolutions from 704×480 up to 720×576. See also other resolutions

A modern digital TV with several built-in applications including a browser and normally also HbbTV support. Read about TV applications

Server-Side Ad Insertion; a way of stitching an ad directly into the video that is being streamed – at the server instead of the client. This eases the load on the server and makes ad blocking difficult, but the ads it enables are less personalized.

Feature that provides a way to start an ongoing broadcast program from the beginning (via IP).

Set-top box; integrated digital receiver, a device able to receive a digital TV signal and transform it into a clear TV picture.

Subscription Video on Demand; consume as much video content as you want with a monthly payment.

Targeted Advertising; a method to better monetize service offering by serving personalized and targeted ads to consumers. DVB-TA is the DVB Project’s specification for broadcasters who wish to dynamically substitute advertising in a linear broadcast over traditional DVB networks or IP networks.

Video on Demand; service for providing a wide variety of video material (series, movies) to end-users, letting them decide when to watch. Subscription often required, but public broadcasters may offer service for free. 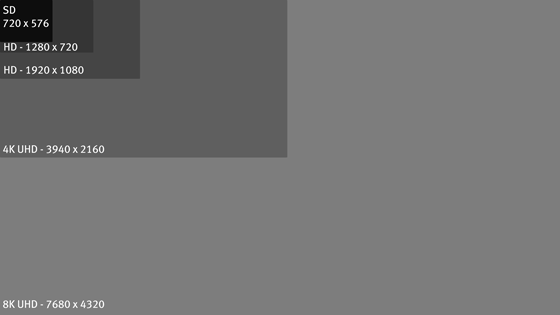 If you find a mistake in this glossary, please let us know.
We might be interested in hiring you.

WE ARE HERE
TO TELL YOU MORE